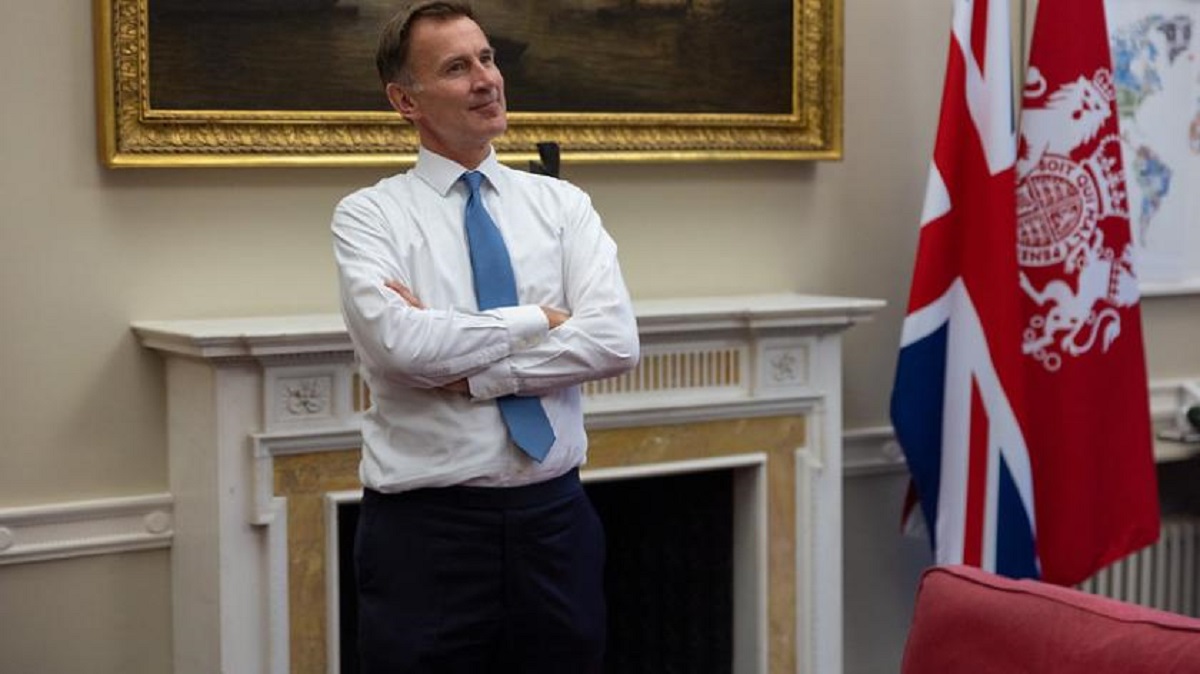 The new Chancellor has gone one step further than the prime minister’s corporation tax U-turn on Friday and has completely reset the government’s economic plans.
eremy Hunt has ripped up the disastrous mini-Budget today after accelerating measures that were set to be announced as part of the Medium-Term Fiscal Plan on 31 October, including the repeal of off-payroll working IR35 reforms.
In one of the key announcements, Hunt cancelled the 1p cut to the basic rate of income tax “indefinitely until economic circumstances allow for it”. The ex-Chancellor Kwasi Kwarteng had originally said the cut would come into effect from 6 April 2023.
“It is a deeply held conservative value that I share that people should keep more of the money but at a time when markets are rightly demanding commitments to sustainable public finances it is not right to borrow to fund this tax cut,” said Hunt.
He also pared back the energy price guarantee, confirming that the measure will now only remain until April 2023. The universal support was supposed to last for two years. “The Prime Minister and I have agreed it would not be responsible to continue exposing public finances to unlimited volatility in international gas crisis,” he said.
Hunt also pulled the handbrake up on a number of the government’s uncosted tax cuts, including:

By reversing the majority of the mini-Budget, the Chancellor expects to raise £32bn.

“The most important objective for our country right now is stability. Governments cannot eliminate volatility markets, but they can play their part. We will do so because instability affects the prices of things in shops, the cost of mortgages and the values of pensions. There will be more difficult decisions,” said Hunt.

The new Chancellor’s sped-up fiscal announcement comes after a number of dizzying U-turns from the government’s ill-fated mini-Budget on 23 September, starting with scrapping plans to abolish the 45p rate of income tax, announced ahead of Kwarteng’s speech at the Conservtive Party conference.

On Friday, just three weeks after Kwarteng’s mini-Budget, the prime minister climbed down from the planned freeze of corporation tax, and reverted to the original increase to 25% which has already been legislated to take effect from 1 April 2023.

The only changes to survive September’s tax cut plans are the reversal of the 1.25 percentage point national insurance rate rise, which Chancellor Sunak introduced from 6 April 2022, and the increase to the stamp duty land tax threshold which is already in place. Meanwhile, a reversal of the bankers’ bonus was conspicuously missing from the Chancellor’s announcement.

Hunt brought forward the economic statement to placate the markets following fears that spread over the weekend that the government is facing a £72bn black hole in public finances and the harsh reality of spending cuts.

Hostage Of The Markets

The Chancellor will still deliver the full Medium-Term Fiscal Plan, to be published alongside a forecast from the independent Office for Budget Responsibility, on 31 October. Hunt did tease that this fiscal plan will include more spending cuts: “All departments will need to redouble their efforts to find savings and some areas of spending will need to be cut,” he said.

The markets have so far reacted positively to these latest announcements, but following a bruising honeymoon period in office, the prime minister’s role is hanging by a thread and even these measures might not be enough to save her premiership.

Hunt is only days in the role, having replaced previous Chancellor Kwasi Kwarteng after the mini-Budget flopped and the markets nosedived on his tax cuts. Kwarteng’s 38-day stint as Chancellor was the second shortest, behind Conservative politician Iain Macleod who died from a heart attack only 30 days into the role.

nextSummary Of The UK Government’s Tax And Spending Plans Announcement