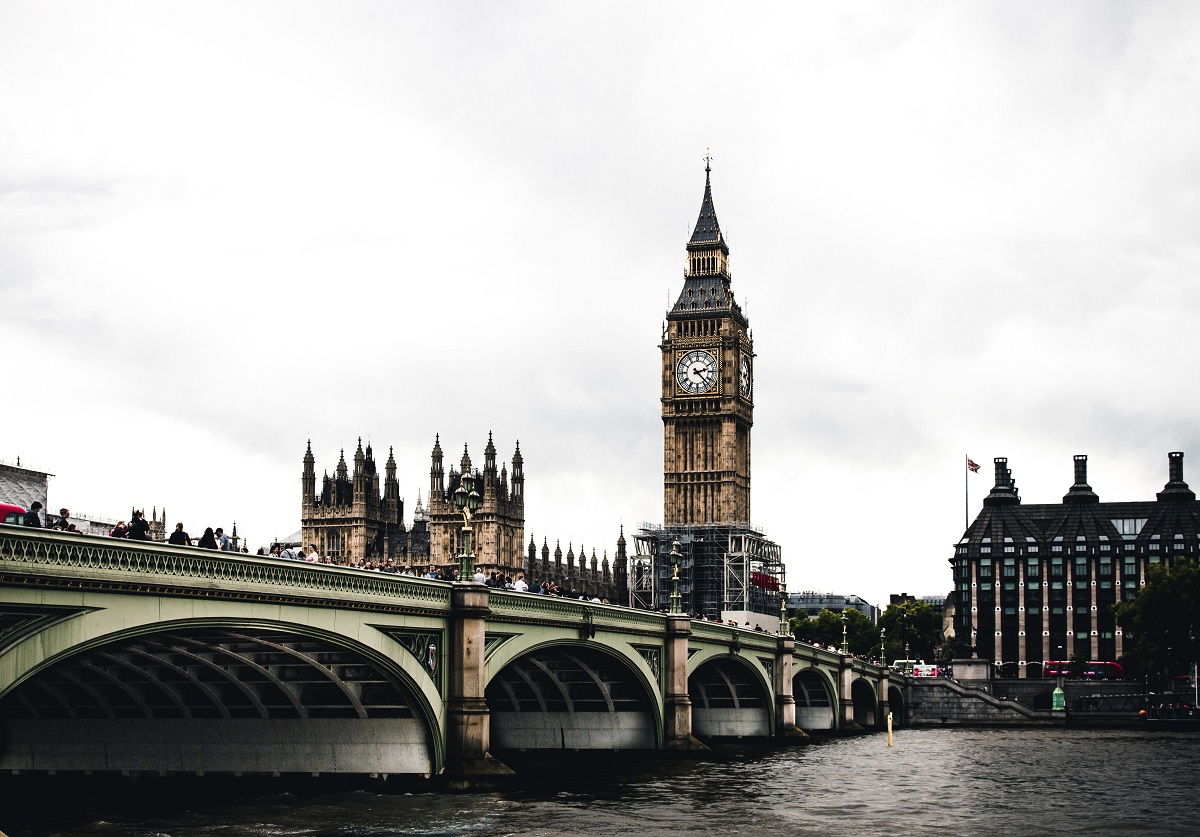 Since Kwasi Kwarteng’s ‘Mini-Budget’ at the end of September, the UK markets and economy have been reeling. In a bid to negate the impact, the Government has reversed all but a few tax changes announced at the time. Headline changes are that the scheduled 6% corporation tax rise due from 1 April 2023 will now go ahead and confirmation that removal of the 45p rate of income tax has now been scrapped.

In an early attempt to reassure investors and the markets, the new Chancellor, Jeremy Hunt, who has been in post for one working day brought forward the fiscal announcement yet again, with confirmation that there will be a more detailed plan announced on 31 October with the emphasis on ensuring stability and credibility to help deliver a ‘growth’ focus for the future with the acceptance that this will mean taxes rising and spending being cut.

We’ve Summarised the key detail of today’s (17 October) statement below. 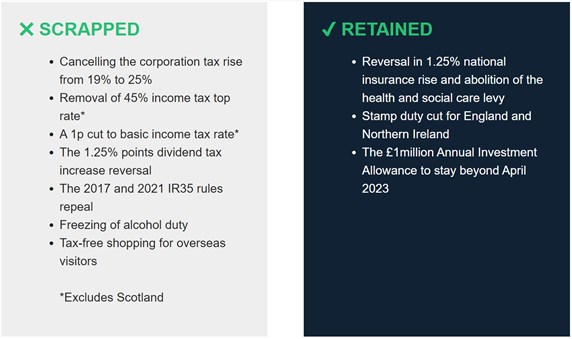 As well as the 45p rate staying in place, the plans to cut the basic rate of income tax from 20p to 19p from April next year have been scrapped. It will remain at the original 20%level until the economy dictates otherwise.

The proposed dividend tax cuts are no longer coming into force from 6 April 2023. There was a 1.25% points increase in April 2022 and this was to be reversed from April 2023, which will no longer be the case.

The IR35 rules introduced for the public sector in 2017 and the private sector in 2021 were due to be repealed from April 2023, however this has also been cancelled. This means that end users of contractors engaged through the contractor’s personal service company will still be responsible for assessing whether the contractor should be taxed as an employee by the end user.

A Treasury review is to be commissioned to look into what support is required for businesses and households beyond April next year. The packages brought in to aid with soaring costs will continue up until this point, but not continue in the same format as expected beyond this point.

The introduction of a digital, VAT-free shopping scheme for overseas visitors will no longer be introduced.

The scheduled freeze on alcohol duty from 1 February 2023 has been abolished.

What stays in place from the ‘Mini-Budget’?

We are here to help

While the Chancellor’s statement is aimed at addressing the economic instability, the UK is however entering a recession and there is likely to be tough times ahead. The initial market response to the statement has been positive, but businesses and individuals will no doubt wonder how a reversal on cuts will directly impact them.