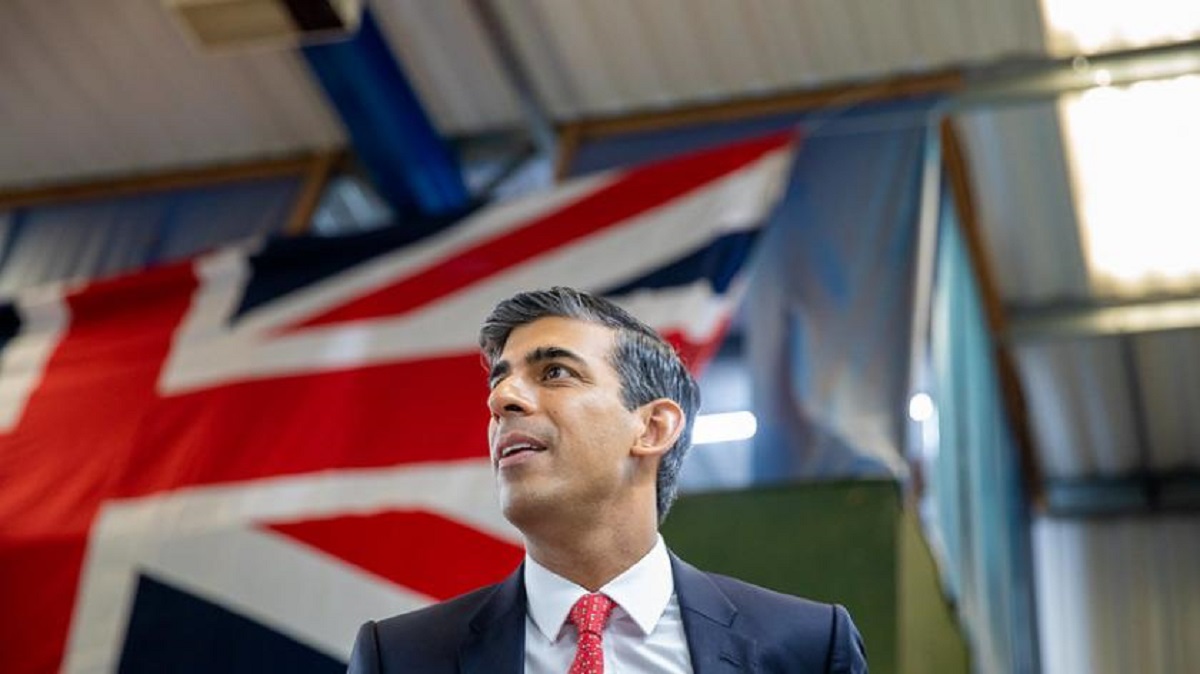 Former Chancellor Rishi Sunak is set to be given the keys to Number 10 after he was crowned the leader of the Conservative Party and the new Prime Minister this afternoon following a short leadership contest.

Sunak is set to move into the house next door to his old Downing Street residence, but he faces an in-tray full of economic challenges and the prospect of tax rises.

The architect of the furlough scheme received the backing of the majority of MPs, with leadership rival Penny Moudant conceding from the contest after failing to meet the 100 MP threshold needed to take the vote out to Conservative Party members.

Boris Johnson claimed to have the backing of 102 MPs but pulled out of the contest on late Sunday evening after concluding that “this is simply not the right time”.

But in the days ahead Sunak and the current Chancellor Jeremy Hunt will inherit a fiscal announcement on 31 October and will set out the government’s medium-term fiscal plan alongside the fiscal forecast from the office of budget responsibility (OBR).

Sunak’s premiership, therefore, will likely start with expected spending cuts and tax rises in an attempt to plug the spending black hole in the OBR’s forecasts.

The fragility of the economy comes as the calamitous mini-Budget in September saw Kwasi Kwarteng’s uncosted tax cuts cause the pound to plunge and led to the Bank of England having to intervene to settle down the markets. Personal Tax Accountant Services Uk The backlash to the mini-Budget eventually led to the removal of former chancellor Kwasi Kwarteng and the resignation of former prime minister Liz Truss.

But the new leader of the Conservative Party faced equally tough challenges during the height of the Covid lockdowns when, as a newly appointed Chancellor, he rolled out support initiatives like the coronavirus job retention scheme, the self-employed income support scheme, the eat out to help out scheme, and launched measures to rebuild the economy like the kickstart scheme.

During the leadership contest, Sunak bucked the trend of the other tax-cutting Tory contenders and said in his campaign video: “Do we confront this moment with honesty, seriousness and determination, or do we tell ourselves comforting fairy tales that make us feel better in the moment but leave our children worse off tomorrow?”

Now he is in the driving seat, Sunak could press on Hunt to uphold his tax philosophy and policies that he revealed during his Mais lecture in February.

There, Sunak outlined his free market mantra of having “a future economy built on a new culture of enterprise”.

He also used the speech to decry not only the “false idea” that more government spending equals growth and voiced his opposition to “unfunded tax cuts”.

“I firmly believe in lower taxes,” Sunak said. He said that this brings “economic freedom and prosperity” and allows people to “make decisions about how to save, invest or use the money we earn”.

But in a prescient quote, he went on to say: “So I am disheartened when I hear the flippant claim that ‘tax cuts always pay for themselves’. They do not. Cutting tax sustainably requires hard work, prioritisation, and the willingness to make difficult and often unpopular arguments elsewhere. And it is hard to cut taxes at a time when demands on the state are growing.”

Sunak even pledged during his Mais lecture that he was going to deliver a lower tax economy “in a responsible way, and in a way that tackles our long-term challenges”.

He said that it’s the government’s role to “create the conditions for the private sector to do things differently – a new culture of enterprise”.

As a former Silicon Valley resident, Sunak’s philosophy to spark growth is through innovation and investment – in particular, ramping up investment in research and development funding.

“It is this investment that will ultimately drive the jobs, productivity, and growth of the future, and here we are significantly lagging,” he said.

And as Liz Truss reverted corporation tax back to the levels Sunak set as Chancellor, He outlined in his Mais Lecture that “It is unclear that cutting the headline corporation tax rate did lead to a step change in business investment” and that “we need our future tax policy to be targeted and strategic”.

Tax May Be His Downfall

While the new PM may rest his hand on Hunt’s shoulder to direct future tax policy, Sunak’s own tax affairs may become a point of contention by the time a general election arrives.

Akshata Murty, wife of Rishi Sunak, infamously admitted in April that this year she claimed non-dom status. Although she will no longer claim the remittance basis, the fact she once did may haunt Sunak as Labour plans to scrap the non-domiciled tax status. Instead, the Labour Party wants to replace the scheme with a “modern scheme” for those staying in the UK for up to five years.